We heard too much about the dengue fever outbreak in Pakistan nowadays, so it is worth working on its prevention while staying alert for the detection of cases and ensuring to be proactive in responding activities for restricting the transmission of dengue fever. This article will facilitate you in effectively dealing with the potential challenge during the Dengue fever outbreak.

Dengue is a viral disease transmitted by mosquitoes of the genus Aedes (Aedes aegypti & Aedes albopictus), which are widely spread in subtropical areas of the world including Pakistan. According to recent research, this disease affects approximately 50-100 million people every year of which about 1% develop serious complications such as Dengue Hemorrhagic Fever (DHF) and Dengue Shock Syndrome (DSS); leading about 22,000 deaths. Early identification and good clinical management may, however, reduce the case fatality to less than 1%.

Dengue is caused by any one of the four subtypes of dengue viruses (DENV-1, DENV-2, DENV-3, or DENV-4). Infection with one serotype confers lifelong homotypic immunity against that serotype and a very brief period of partial heterotypic immunity to other serotypes, but a person can eventually be infected by multiple serotypes. The incubation period ranges from 3 to 14 days (commonly 4-7 days).

Dengue fever is epidemic in almost all geographical regions of Pakistan and there is substantial evidence that its multiple serotypes are circulating in the different areas of the country. Despite patchy surveillance, a total of 3204 cases of Dengue Fever were reported in Pakistan during 2018. In 2019 reported cases of Dengue Fever are increasing day by day.

Symptoms of Dengue Fever, which usually commence four to seven days after infection, may include the following:

It usually happens that symptoms are mild and mistaken for those of the flu or other viral infections. People with weak immune systems due to their health condition are at greater risk for developing Dengue Fever.

At present, the main method to prevent the transmission of the dengue virus is to combat the vector by:

Dengue is a virus, so there is no specific treatment or cure. However, the intervention can help to depend on how severe the disease is.

High fever and vomiting can dehydrate the body. The patient has to drink a lot of clean water, better to take bottled water rather than tap water.

Most of the time pain is unbearable so it is better to take some painkillers such as Tylenol or Paracetamol, these can help lower fever and ease the pain.

Most severe forms of dengue fever may need

Hospitalization, which will allow individuals to be properly monitored, in case symptoms get worse.

Dengue fever in Pakistan is spreading day by day, Government on its end taking all the potential measures which they can take and also providing all the facilities to the infected patients. So, as a citizen of Pakistan, we all have to be proactive rather than reactive and have to take all the preventive measures as advised. 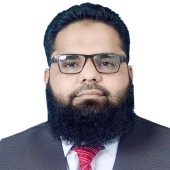 Hi! My name is Haroon Iqbal; you can call me Iqbal. I am a Finance graduate with a silver medal and also done post-graduation in Finance & Investment from the UK. I have over twelve years of experience in researched article writing in the field of Finance, personal Finance, and management sciences. I am keen learner and love to learn and write about new topics. Now I am enriched with in-depth search engine optimization (SEO) skills. And can write for SEO articles, blog posts, personal Finance, health, freelancing, motivation, and any other topic of your choice adhering to Google Rule, even I have to do research. I can help you in Google ranking with my writing and on-page SEO Skills. Other than SEO writing services, I can provide you with a professional CV or Resume writing services. In addition to that proofread, document formatting, plagiarism check & remove and other sorts of relevant services in my service bank. Knowledge is power, and I have the experience to provide you with all the necessary writing services.

What is Keto Diet?

Back Pain Tips That Can Change Your Life